Insights into the informal sector in Bangladesh

Insights into the informal sector in Bangladesh 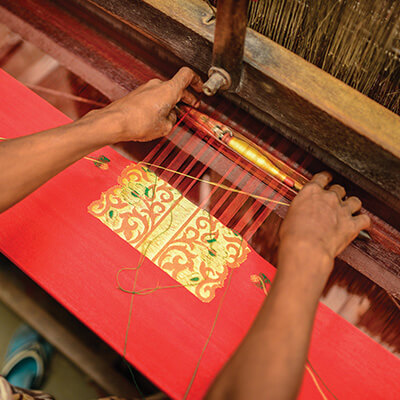 Following these developments some developing countries have tried to estimate the contribution of the informal sector in total national income (Table 1). The estimates of selected countries suggest the share of information sector as percent of GDP are in the range of 23% (North Africa); 27% (Sub-Saharan Africa) and 28 % (Asia). 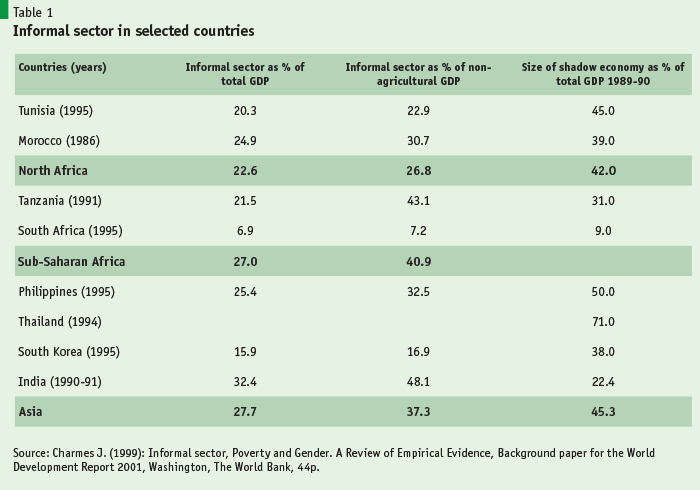 Size of the informal sector in GDP by broad sector classification envisages some interesting insights: 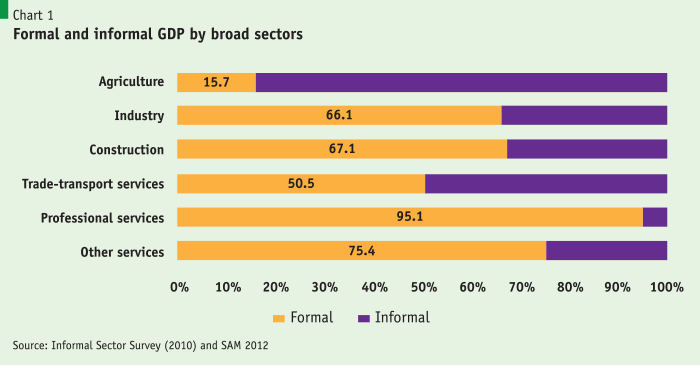 Due to low female participation rate in the labour market, although both formal and informal employment are dominated by male employment, male share is significantly larger in the case of formal employment.

Formal and informal employment have been contrasted against their GDP values in Chart 3 to assess average returns to labour is these two sectors. Some important features were revealed from the comparison. Informal sector, which accounts for 43% of GDP, absorbs almost 88% of the total employment. On the other hand, formal sector only employs around 12% of total employment even though it accounts for 57% of the total GDP. This large imbalance is detrimental to productivity, decent work generation and the economic expansion. A key challenge is to strike a balance between these two sectors with respect to income generation and labour absorption. 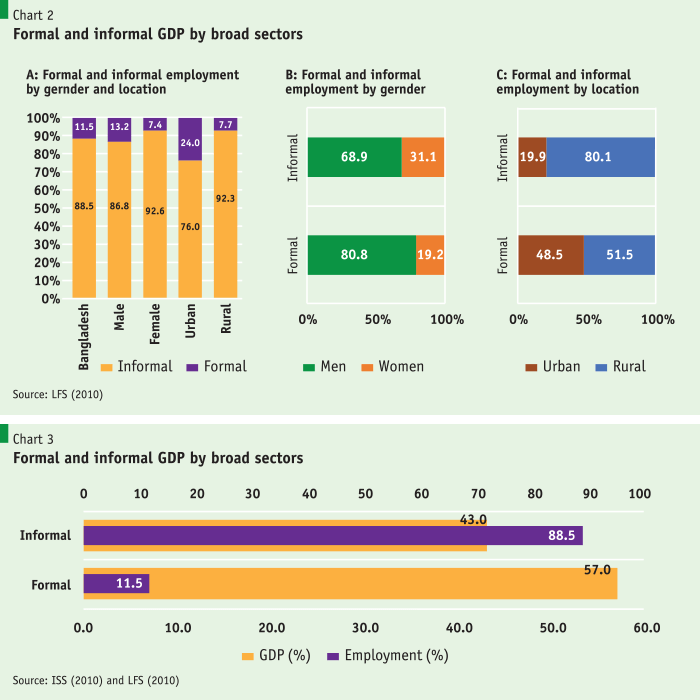 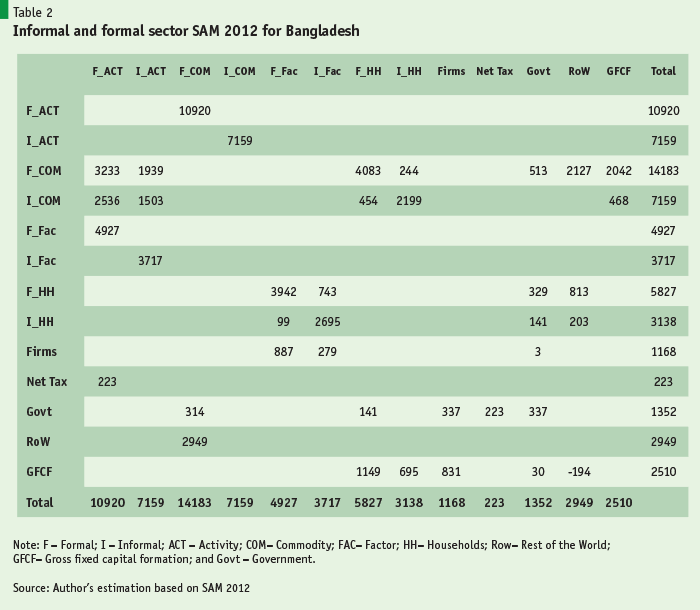 Informal sector pays no taxes on its activities, suggesting that the formal sector is bearing the burden of all tax incidence in Bangladesh.

These results suggest that policies that intend to expand economic activities in Bangladesh should emphasise stimulating demand in both of these sectors – perhaps almost equally.

Bangladesh should focus on strategies that would try to increase labour productivity in the informal sector and thereby boost economic growth.