The fourth digital revolution has brought new opportunities for transformational growth for developing and least developed countries (LDCs). But these opportunities have also ushered in some formidable challenges. Digital revolution can be explained as a rapid rise of digital content in industrial production. This increase of digital content in industrial production is occurring in all stages of production for example, through use of big data analytics in the pre-production stage; artificial intelligence and robotics in the production stage; and e-commerce in the post-production stage. Higher digital content in products and services can increase the value of exports of LDCs, giving them an opportunity to climb the global value-chains (GVCs) and making the smile curve flatter1. However, if LDCs are not able to increase their digital content in their products and services or digitally industrialize, there are dangers of losing their existing competitive advantages, even in their traditional export sectors. For example, it is important for Bangladesh to advance on its digital industrialization and add digital content to its production of readymade garments (RMG) using computer-aided designs; big-data analytics; artificial intelligence and e-commerce platforms. If the country is not able to digitally industrialize its production of RMG it may be faced with over-capacity in its production and falling exports.
Digital industrialization or digital content in exports indicates the future export competitiveness in the digital era. One of the ways to measure and compare the extent of digital content in exports is to estimate the value added by digital services (i.e., Computer programing & Information Services and Telecommunication services) in manufacturing exports in different countries. Banga (2018)2 provides estimates of value-added by digital services in manufacturing exports for 43 countries using data from World Input-Output tables for the period 2000-14 and finds that this has been increasing steadily in the developed countries but has experienced stagnating trends in the developing countries. This indicates the growing digital divide between developed and developing countries and the losing export competitiveness of the developing countries.
In case of LDCs, the growing digital divide is even more challenging as many LDCs lack even the basic digital infrastructure, which comprises ICT and broadband infrastructure. Bangladesh ranks 147 in ICT Development Index, implying that there are 146 countries (out of 176 countries) which have better ICT infrastructure than Bangladesh. This indicator includes accessibility and price of internet. Only 14% of household have internet access in Bangladesh, with Asia Pacific average being 45%. Bangladesh also ranks below 100 countries in terms of Internet bandwidth kb/s/user and Secure Internet servers/million pop, which are important indicators in terms of developing cloud computing infrastructure.

Only 14% of household have internet access in Bangladesh, with Asia Pacific average being 45%.

‘Creative destruction’ has always been a part of industrial revolutions where some businesses and practices are destroyed, and others created leading to long term gains to the countries, both in terms of growth and employment. However, Industry 4.0 differs from previous industrial revolutions in an important way. While in the earlier revolutions, i.e., mechanization, automation and ICT revolutions, the core elements needed by the industry like coal, oil, energy, water, etc. were owned by the countries where they were produced, but in the digital revolution the core element which is ‘data’ is owned by whoever collects and processes the data.
Many developing countries and LDCs although generate data every second, they do not own their data as they have no laws and regulations to ‘own’ their data. This has passed the power in the hands of big digital firms and super platforms like Amazon, Alibaba, Google, Facebook, etc. which collect and process their data and have got the first mover advantage in using the collected data for Big Data analytics and producing more efficient products/services at lower costs, making it extremely difficult for others to compete. Growth and operation of UBER has shown it to the world that national firms are in no position to compete with UBER, especially in developing countries where the national firms have no data collection and processing capacity. 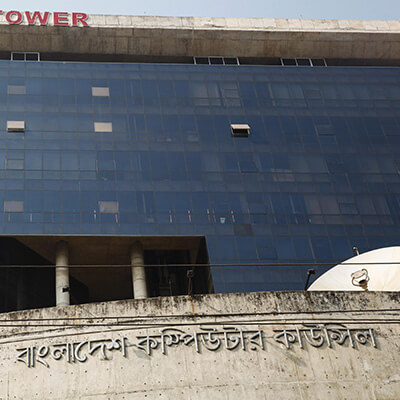 In order to improve their export competitiveness and successfully face the challenge of the growing digital divide, LDCs need to own their data and develop digital skills to process data. Some of the developing countries as well as LDCs have initiated their data owning policies. For example, Rwanda’s Data Revolution Policy is based on the principle of national data sovereignty whereby Rwanda retains exclusive sovereign rights and power on its national data. It has decided to be open to host its sovereign data in a cloud or co-located environment in data centers within national premises or outside of Rwanda under agreed terms and governed by Rwandan laws. It has also decided to put in place adequate legal, policy, infrastructure and privacy environment conducive for offering data hosting services to other external governments or private data owners. Other countries like India, Indonesia, South Africa etc. are also working on their digital industrialization policies. India has come out with its Draft National E-Commerce Policy which will allow India to own its data and steer the country into processing its own data and developing the much-needed digital capacities. This is what is putting a tremendous pressure on the developed world to move quickly and bind the hands of the developing countries in agreements which will never allow them to own and process their own data. The negotiated Comprehensive and Progressive Agreement for Trans-Pacific Partnership (CPTPP) and the on-going plurilateral e-commerce negotiations are some of the examples.
However, for small developing countries and LDCs like Bangladesh which rely heavily on their linkages into global value chains (GVC), digital industrialization can prove to be a formidable challenge. Digital technologies like 3D printing has the potential to drastically change the operations of GVCs, catering to customized demand, within the national boundaries of the consumers. New technologies for 3D printing are fast developing, e.g., high-speed sintering which mass produces customized products up to 100 units at a speed which is 100 times faster than a conventional 3D printer. According to (ING 2017) with the current growth in investments in 3D printing, 50% of the manufactured products will be printed in 2060, which will wipe out 40% of cross-border trade and if investments are doubled, this can be achieved by 2040. This can drastically change the nature and operations of GVCs, completely changing the competitiveness of countries to link into GVCs. Low cost of labour and government incentives will no longer work in attracting foreign firms as they will be able to produce the demanded products within the national boundaries of the consumers using 3D printers and without physical presence or GVC linkages.

According to (ING 2017) with the current growth in investments in 3D printing, 50% of the manufactured products will be printed in 2060, which will wipe out 40% of cross-border trade…

The way forward for LDCs like Bangladesh, who depend heavily on their traditional exports through GVCs, is to expedite their digital industrialization and increase the digital content in their production processes. This will require targeted policies and strategies. These policies should aim at developing the digital infrastructure in the country focusing on the data infrastructure; developing digital skills of the labor; developing and protecting their national e-commerce platforms and above all maintaining their policy space in trade agreements in order to be able to design their own digital industrial policies and develop the digital skills of their labor.