The Illusive quest for growth

The Illusive quest for growth

In his famous book “The Elusive Quest for Growth”, William Easterly’s primary thesis was that the numerous efforts to remedy extreme poverty in the “Third World” failed because they neglected that individuals, businesses, governments, and donors respond to incentives. Easterly described these efforts as “elusive”.  What we are witnessing in Bangladesh these days appears more like an “i”llusive quest for a growth number larger than the previous year and around the initially announced target in the budget.

Every article you read or speeches you hear about the Bangladesh economy, they all begin with celebratory remarks on Bangladesh’s growth acceleration, notwithstanding all odds against it. The buzz phrase is “fastest growing country in the world”. The number that caused this phrase to become somewhat viral in the government and the development community circles is the 8.15 percent final estimate of GDP growth for FY19 produced by the Bangladesh Bureau of Statistics (BBS).  Has BBS responded to incentives in its “illusive” quest to find in the national accounts the growth aspiration enunciated in the beginning of the fiscal year?

It is natural to ask where did this growth come from, what were the underlying drivers, and who benefited from it?  There you begin to enter shaky grounds. 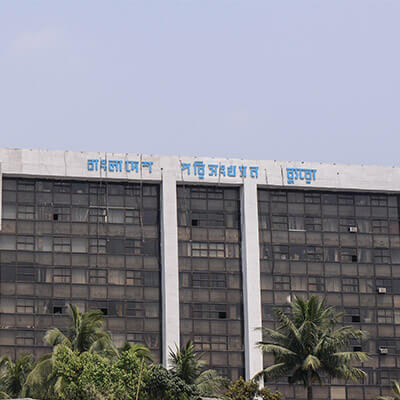 A deeper understanding requires information on the underlying drivers. Surely in a country over-reliant on its labor, it has to be their income from home and abroad (remittances) driving private growth.

Domestic labor income grows if employment and real wages grow. There is no data on what happened to employment in FY19.  The latest we have is the Planning Commission’s Study on Employment, Productivity and Sectoral Investment published in May 2019. This provides data on the state of employment in 2018 which shows employment growth of 1.4 percent per annum during 2016-18.  BBS’s General nominal wage index shows a nominal wage growth of 6.3 percent in FY19.  With inflation at 5.5 percent, this implies a real wage growth of 0.8 percent.  Assuming employment growth was maintained at 1.4 percent, which is optimistic given the stories on labor shedding in formal sectors (particularly garments), this suggests domestic labor income grew by 2.2 percent in FY19. Labor income from abroad through remittances grew 12.3 percent in taka terms in FY19.  Take away inflation, you have 6.8 percent real growth in remittances.  According to the Planning Commission study, remittances account for 5.1 percent of income (weighted average of the remittances’ share of households engaged in agriculture, industry and services).  This means remittances contributed 0.34 percentage points to the real income growth of employed households.  BBS data shows real consumption growth of 3.9 percent in FY19.

This leaves us with a consumption puzzle: When domestic real labor income growth is 2.2 percent to which remittances added 0.34 percent, how could real consumption growth exceed real labor income growth by such a large margin (almost 1.5 times)? Not impossible in theory. Growth in non-labor income is not included in these calculations. The most plausible candidates are interest income from the National Savings Certificates and income from share ownership.  Nominal interest payments on NSCs grew by 56 percent in FY19.  Constituting 1.1 percent of GDP, this could have contributed 0.6 percentage points to real income growth. With the share price index (DSE) declining by 13.7 percent and market capitalization by 8.4 percent, income from share ownership could not have made any positive difference to households’ real income growth in FY19. Roughly speaking, out of the 3.9 percent growth in real private consumption, at least 0.8 percentage points remain unexplained. With private consumption accounting for 65 percent of GDP, this leaves 0.5 out of the 2.6 percentage point of its contribution to GDP hard to account for.

Clearly, the drivers of over 30 percent of the final 8.15 percent growth estimate are hard to trace. There is therefore no need to dig deeper into the other components of GDP to make the point that the veracity of the growth estimate needs a lot of reflections if not well considered downward correction.  Attempting to ascertain who is benefitting from growth when the growth estimate itself is a mystery is akin to searching for a needle in a haystack that is surely there, but the size is much smaller than reported, making the search even harder.

The problem of irreconcilable growth statistic may deepen this year.  Bangladesh Bank, for instance, has not revised the 8.2 percent growth projection downwards despite fairly consistent indication of a slow economy in the first half.  Export growth will not be in a positive space unless it grows by over 7.7 percent in the last five months of FY20 relative to the same period in FY19.  Private investment is weaker than last year as indicated by 7.2 percent decline in import of capital goods during July-November 2019 relative to the same period last year and decline in private sector credit growth to 9.8 percent in December 2019, compared with 14 percent in December 2018. 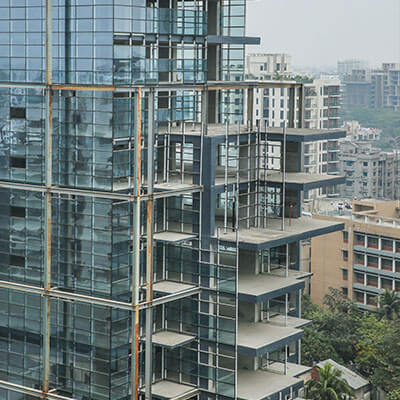 Domestic market-oriented production also appears to have slowed as indicated by just 0.8 percent growth in import of cement/clinker, 5 percent growth in import of chemicals and 2.9 percent growth in import of plastics/rubber during July-November 2019, all significantly lower than during the same period in 2018.  According to media reports, sales in the first half of FY20 of most big corporates listed in the stock exchanges are down: from -1.35 percent (Unique Hotel) to -50.76 percent (RSRM Limited), due to demand recession.  Even if the extraordinarily high 25.4 percent remittance growth in the first half is sustained, it would constitute only 7.9 percent of the level of nominal private consumption last year. This could provide a maximum 2.4 percent boost to real consumption growth which in turn could translate into additional 1.7 percentage point stimulus to aggregate demand. With exports and investments down to the extent indicated, this is vastly insufficient for attaining 8.2 percent GDP growth.

Macro-fiscal stability risk has increased in the last year and half. Fiscal deficit breached the 5 percent of GDP prudential norm in FY19, financed by 19.4 percent increase in government’s bank borrowing. The latter was supplemented by 7.3 percent increase in net sale of National Savings Certificates (NSCs).  Fiscal deficit appears to be on course to breach the 5 percent target again this fiscal year, as indicated by overshooting of the entire year’s bank borrowing target in the first seven months. Growth in nonbank borrowing has slowed, but sales of NSCs was still a hefty Tk 55.2 billion in July-October 2019. The potential fiscal benefit of reduced volume of NSC sales has largely been counteracted by significant rise in rates on government bills and bonds. Rise in the risk-free rates due to a surge in public sector demand for credit has increased the risk of adverse unintended consequences from capping bank lending rates at 9 percent for all but the credit card loans.  The flow of credit to the private sector is bound to dry further the closer the risk-free rates get to the lending rate ceiling.  Government bank borrowing could hit Tk 0.8 to 1 trillion this fiscal year.  Large rescheduling of Non-Performing Loans (NPLs) to accommodate increased regulatory forbearance will deepen aversion to private sector credit risk exposure on the part of good banks.  There is therefore a growing financial stress on private investment, production and trade.

Large rescheduling of Non-Performing Loans (NPLs) to accommodate increased regulatory forbearance will deepen aversion to private sector credit risk exposure on the part of good banks.  There is therefore a growing financial stress on private investment, production and trade.

There may be strong temptations, or even some compulsion, to resort to monetary financing of budget deficit.  This is a risky path to depend on.  Some monetary financing can be justified as compensating the loss of taka liquidity due to injection of dollar liquidity in the foreign exchange market by the Bangladesh Bank (BB) and to accommodate the cyclical component of the fiscal deficit. Beyond that, monetary financing is imprudent.  Government borrowing from BB increased by 38 percent in FY19, constituting 47 percent of the total government borrowing from the banking system. This did not boost reserve money growth as BB also siphoned off Tk 196 billion through dollar sales. As on January 27, 2020, net government borrowing from BB in FY20 amounted to Tk 48 billion, already equivalent to 56 percent of the amount borrowed from BB in FY19.  Note that the government has used the longer tenure Bangladesh Government Treasury Bonds to borrow Tk 54.3 billion from BB, which look more like structural injections, and used part of the money to retire treasury bills and Overdraft Block. Overall, monetization of deficit has been restrained so far, but pressures are building.

Sky will not come crashing down if growth slows drastically in a given year.  The whole South Asia region is experiencing a sharp economic slowdown. While each of the region’s eight economies is projected to keep growing, South Asia has already been replaced by East Asia and the Pacific as the world’s fastest-growing region. A country blessed with favorable demographics, Bangladesh has benefited in recent years from rapid growth in low-cost garment manufacturing and solid remittance inflows. Growth this year is showing signs of yielding to policy and trade logistics constraints, financial sector stress, continued high cost of doing business and slow progress in developing balanced infrastructure.

The spread to coronavirus has, on balance, dampened the prospect of export recovery and investment acceleration.  According to media reports quoting the Bangladesh-China Chamber of Commerce and Industries, trade worth $2 billion is already at risk.  Several large export items depend on timely supply of intermediate inputs and capital machinery from China.  Direct export to China was expected to be a source of deepening market diversification. Private investments risk getting postponed or even dropped because of uncertain shipment of capital goods from China.  Implementation of several mega public projects (Padma ridge, Payra port, Karnaphuli tunnel) could be disrupted and their costs could see further escalation due to unavailability of Chinese workers and supervisors. Overall, the uncertainty surrounding the gravity and duration of coronavirus has deepened the downside external risks facing growth in Bangladesh, not to speak of the potential health risks.

The starting point must be a credible set of national accounts that we know can be produced using the current capacity of BBS. Credibility requires the exercise of technical autonomy by the BBS and transparency in the preparation and release of growth statistics.

We certainly can count on the resilience of Bangladeshi entrepreneurs and workers to recover from what most likely is a growth recession.  But it would require some doing.  The starting point must be a credible set of national accounts that we know can be produced using the current capacity of BBS. Credibility requires the exercise of technical autonomy by the BBS and transparency in the preparation and release of growth statistics. In addition, as the country’s most noted economist Professor Wahiduddin Mahmud emphasized in the 5th Annual Conference organized by the South Asian Network on Economic Modelling on February 2nd: “Managing a well-functioning globally integrated economy requires a governance system that is based on professionally competent and well sourced government agencies that can identify and analyze problems, work out solutions and monitor implementation promptly and with enough information.”

Zahid Hussain received his PhD in Economics from Boston University. His professional career started with journalism followed by 14 years of university teaching in Bangladesh, US and Poland. He joined the World Bank Dhaka office in1995 and was a Lead Economist. He was a key member of the Bank’s Macro Trade and Investment Global Practice team working on Bangladesh. He also led the Bank’s macroeconomic monitoring and has been the lead author of the Bangladesh Development Updates published biannually from the Bank’s Dhaka office every year. Furthermore, he was also the lead author of the Bank’s flagship report titled “Bangladesh: Towards Accelerated, Inclusive and Sustainable Growth—Opportunities and Challenges” published in November 2012. He has been a key contributor to many other flagship products of the Bank such as the Development Policy Review, Public Expenditure Reviews, the South Asia Economic Focus and the Global Economic Prospects.