FY 2020 and FY2021 are now recognized as pandemic years, pummeled by the Covid-19 pandemic which has assumed a life of its own, affecting lives and livelihoods and leaving economies to struggle for survival and recovery. Bangladesh economy is no exception. The priority still remains saving lives and protecting livelihoods. Following announcement of a Taka 1.1 trillion stimulus package last year, this Budget has continued to increase expenditures on health care and implementation of additional support measures, besides expanding the stimulus package to trigger and sustain economic recovery. Appropriately, the dual policy of addressing the adverse impacts of the pandemic while keeping the wheels of the economy running appears to be the key underlying strategy of the FY2021-22 Budget.

On 03 June 2021, the Finance Minister, AHM Mustafa Kamal, completed one of his primary public responsibilities – presenting the national Budget for fiscal year 2021-22, a document that lays out the annual program for public expenditure and resource mobilization. We are aware that the Budget is much more than the Government’s income-expenditure statement seeking the approval of Parliament for its implementation. Its wider ramifications on Bangladesh economy and society is what makes it such a strategic expression and articulation of Government policy.

Minister Kamal is the 15th Finance Minister this country has seen and the FY22 Budget is the 50th in 50 years of this nation. That itself speaks volumes about the certainty and continuity of economic governance of this nation which went through so many episodes of political disruptions along the way. Anyone who has kept track of numbers, year after year there was one constant feature in the budgets – for every budget, planned and actual spending was higher than in the previous one. From Tajuddin’s 7 billion Taka budget of 1972-73, the Budget outlay climbed to 385 billion in FY2000-01, finally crossing 6 trillion Taka figure for FY2021-22. Thus, the size of FY22 Budget is 850 times the first Budget of Bangladesh. That gives you a sense of where we have come in 50 years and the annual Budgets had their share of contribution in providing direction to a dynamically growing economy. Bangladesh economy which started its journey with a per capita income of US$90 in 1972 and GDP of US$6 billion has attained a per capita income of US$2270 and GDP of US$345 billion in 2021. 166 million Bangladeshis live in an economy which is 60 times larger than what it was in 1972. 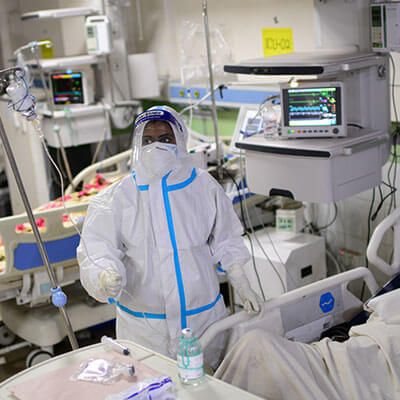 Every year the Budgets have been prone to receive mixed reviews from the press and public. More often than not terms like over-ambitious, unrealistic, “pie-in-the-sky” sort of rhetoric were hurled at many of them. Yet, it would be hard to find a budget that did not commit to programs for the poor and distressed population, support investment, promote health, education, and human resource development, allocate resources for building infrastructure, and so on. It is fair to say that some were more effective in producing results than others. But make no mistake, all Budgets had some contribution to building our Bangladesh of today.

This Budget is no different. The priorities, as stated in the Budget speech, can hardly be in dispute. Health sector, addressing Covid-19 pandemic and implementing stimulus packages get the highest priority, followed by farm mechanization and food security, human resource development, support to SMEs, all have a pride of place in the Budget package. Supporting policies have been laid out for industrialization, promoting exports of goods and services, not to mention the huge outlays for the 10 megaprojects that are under various stages of implementation, which form part of a sizable Annual Development Program equivalent to 6.5% of GDP in FY22. All of these public expenditures should work to generate the 7.2% GDP growth target set for FY2021-22 (scaled back from the 8th FYP target of 8.2%, due to the pandemic). Much will of course depend on implementation and the record suggests that shortfalls are likely and the quality of public spending leaves much to be desired. Time and again actual spending has lagged behind planned often by predictable magnitudes, unlike many developing economies where typically actual spending overshoots planned outlays.

Despite heavy odds, the Government has not lost sight of its traditional focus on fiscal restraint. That is where lies the crux of the problem. Fiscal restraint has always been the trademark of Budgets in Bangladesh. In the absence of significant tax reforms mobilization of tax revenue has always fallen short and that has usually held back expenditures that were planned – a mix of the good and the bad. Annual budgetary expenditures have ranged between 13.5% and 16% of GDP, though planned expenditures were higher. FY22 Budget estimates spending of 17.5% of GDP (Taka 6.03 trillion) with estimated revenues of 11.4% of GDP. As in the year’s past one can expect revenue target to fall short by at least one percentage of GDP. Because there is hardly any commitment for fundamental tax reforms that have been on the agenda for some time, given that Bangladesh has a relatively low tax-GDP ratio among its comparators. Keep in mind in a pandemic year tax collection is likely to remain subdued anyway. Likewise, in the absence of an overhaul of inter-ministerial coordination in revenue and development spending, and the proverbial stasis in bureaucracy, actual expenditures are likely to be constrained around 16% of GDP to match the revenue shortfall. That still yields a budget deficit of about 6% of GDP. Those who argue that given Bangladesh’s development status it should be spending a much larger share of GDP it is important to point out that fiscal restraint requires staying within the limits carved out by revenue mobilization. And fiscal restraint has been one of the hallmarks of Bangladesh’s arguably prudent macroeconomic management.

In the developing world Bangladesh has earned acclaim for its prudent macroeconomic management for nearly three decades. That economic strategy has worked to ensure macroeconomic stability, both internal (sustainable fiscal deficit) and external (sustainable current account balance). And macroeconomic stability has been the fulcrum on which rapid GDP growth was engendered. Central to this stability has been the budget deficit which has been restricted to 5% of GDP or less since the 1990s. Only after the inclusion of Covid-19 stimulus packages in FY21 and FY22 Budgets do we see a rise in the estimated fiscal deficit to 6% of GDP. Financing of the 6.2% deficit will be 47% from external sources (mostly multilateral loans) and 53% from domestic sources (banking system and the public). Counting on the higher commitments from multilateral agencies the Finance Ministry appears a bit more optimistic this time about receiving external finance. 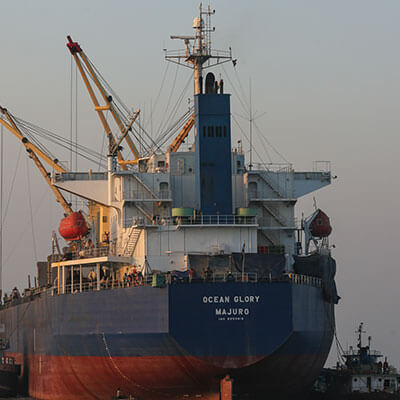 Budget deficits create public debt. Public finance literature indicates that fiscal deficits are considered in the sustainable range when such deficits leave the public debt-to-GDP ratio unchanged. For developing economies, a 5% of GDP fiscal deficit falls in that category. In the case of Bangladesh, we see fiscal deficits under 5% of GDP from FY1991 (-2.2%) through FY2019 (-3.9%). During that period, public debt-GDP ratio declined from 45% in FY91 to 35% in FY19. This indicates that not only were the Budget deficits sustainable they were even better than that as they were well below 5% until FY19 thus leading to a secular decline in public debt-GDP ratio over time. With rising GDP growth every decade, Bangladesh could have engaged in higher public spending with higher deficits without upsetting the cart of macroeconomic stability. So the higher deficit targets of around 6% of GDP in FY21 and FY22 are well within sustainable range, provided effective monetary management is activated to keep inflationary pressures in check.

Countries around the world have gone into a spending binge on account of the pandemic resulting in larger budget deficits and public debt. Despite the pandemic the Government’s decision to limit the budget deficit to 6.2% of GDP (Taka 2.14 trillion) is symptomatic of the preference for fiscal prudence over profligate spending particularly when it is aware of the logistical limitations in reaching targeted beneficiaries. This element of fiscal prudence at a time of crisis has predictably drawn flack from all and sundry who were also quick to point out how the magnanimous stimulus package and social protection schemes of the past year failed to reach the intended beneficiaries. Agreed, there was a genuine need for a much higher and wider payout of cash support to the poor whose numbers have risen substantially due to the pandemic. I suspect the blame rests on a cautious fiscal approach which comes from a long period of prudent fiscal management which, to be fair, has also yielded dividends over the years. Who in this country could argue that higher payouts would reach higher number of beneficiaries without also higher leakages from the exchequer to those who are not the targeted beneficiaries?

To be sure, regularly limiting pubic spending to the constraints imposed by poor tax collection has actually left space for the private sector to borrow from the financial system and invest. Fiscal prudence prevented “crowding out”. True, weakness in the banking and financial system that produces the ubiquitous non-performing loans does take away some of the shine from productive investment. Yet, even within the constrained domestic credit environment, the private sector was able to borrow and play a dynamic role in building the foundations of an economy that is being hailed by international analysts as a “standout” case in South Asia (columnist Mihir Sharma, Bloomberg). Over the past three decades, our GDP growth has been termed as the most stable among developing economies, and rising. The net result of fiscal prudence is that our debt and deficits are sustainable and under control. All this positivity was built on the back of continued macroeconomic stability. Budgets, current and past, have contributed to this comfortable situation. Imagine where macroeconomic stability would be if budget deficits were running at 7%+!!

The three main pillars of Bangladesh’s remarkable economic journey include macroeconomic stability (sustained by fiscal prudence), social progress (poverty reduction and human development), and export performance. FY22 Budget has not deviated from that solvent path to keep us, according to US President Joe Biden, “a country of great hope and opportunity”, with Prime Minister Narendra Modi confirming that Bangladesh is finally “showing the world its potential”, and PM Rajapakse of Sri Lanka, calling Bangladesh the “economic lifeblood of South Asia”.

We have come a long way with many good policies that have lifted millions out of poverty besides swelling the size of the middle class estimated to reach 30 million strong by 2025. Yet, the glass remains half full, according to the World Bank. Because a long agenda of unfinished reforms continue to dog the nation under-cutting the fulfillment of its true potential. The Covid-19 pandemic and the focus on economic recovery essentially took the steam out of this Budget. Priority fiscal, financial and trade policy reforms will have to be addressed by future budgets in order to keep flying the flag of economic achievements.