Bangladesh is blessed with some of the most hardworking people in the world. Economic progress achieved so far is the outcome of the sweat and toils of farmers, workers, entrepreneurs, investors, government policymakers and non-government institutions.

In the 1990s, Bangladesh switched course and embraced trade openness and outward orientation with export-led growth as our development strategy. That development approach earned us the title of “globaliser” among the developing economies by international analysts.

Exports have since clocked double-digit growth and, in consequence, the economy’s annual GDP growth experienced stable and rising rates, reaching the average of 7% during the 7th Five Year Plan period (FY2016-2020). Merchandise exports have surged nearly 35% in FY2022 recording a robust post-pandemic economic recovery. Exports have been a strong driver of Bangladesh’s rapid and sustained growth and economic prosperity.

But our focus, in line with standard macroeconomic definitions, has been on merchandise exports – namely export of goods. Needless to say, Bangladesh’s stellar achievement in becoming the world’s No.2 single country exporter of apparel is now well recognised. All indications are that this standing is likely to continue for some time, as long as apparel making remains largely a labour-intensive process.

In FY2021, merchandise exports brought in $38 billion and clocked a whopping $52 billion in FY2022, crossing $50 billion, another milestone for this economy which is now ranked 40th in size, at $460 billion in nominal US dollar terms.

In FY2021, merchandise exports brought in $38 billion and clocked a whopping $52 billion in FY2022, crossing $50 billion, another milestone for this economy which is now ranked 40th in size, at $460 billion in nominal US dollar terms.

Remittance as export of factor services

Merchandise exports are not the only earner of scarce foreign exchange (FE) for the country and the driver of economic prosperity. In fact, the largest single source of FE inflow (on a net value basis) is actually the remittance inflows emanating from the income (savings) of our migrant workers who send home most of their hard-earned earnings abroad (under WTO’s Mode 4 of GATS1). It may be considered the largest source of FE in the sense that merchandise exports actually require the substantial import of inputs (nearly 50% or more).

Remittance is actually factor income earned by a primary factor of production (labour) through the provision (export) of factor services in a foreign country. This income can be described as foreign exchange earned from the output of factor services which also enters into our national income accounting – remittance income essentially makes up much of the difference between our Gross Domestic Product (GDP) and Gross National Income (GNI). 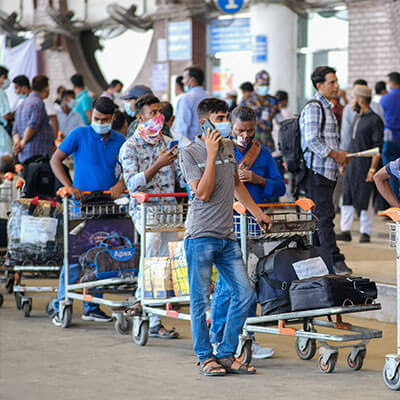 Given the significant contribution of remittance inflows to our foreign exchange earnings and accumulation of reserves, it is time we recognised this as a distinct export item: export of factor services.

Given the significant contribution of remittance inflows to our foreign exchange earnings and accumulation of reserves, it is time we recognised this as a distinct export item: export of factor services.

As far as foreign exchange earnings are concerned, remittance has the same impact as merchandise or services exports in the balance of payments (BOP) and our foreign exchange reserves. In terms of economic activity, while merchandise exports generate direct and indirect employment in industry or agriculture, remittance inflows constitute income (savings) that is spent on consumption or investment also leading to multiplier effects in the economy.

Thus, in Table 1 and Chart 1 below, an alternative classification of our exports is provided that would be unique to Bangladesh, where remittance is a major component of exports of goods and services (35.7% in FY2021), besides being a significant component of our National Income (6% in FY2021).

In reporting export performance, the typical number that is reported is $52.08 billion of merchandise exports as of June FY2022. It is just as economically important to acknowledge $20.9 billion of exports of factor services (remittances). 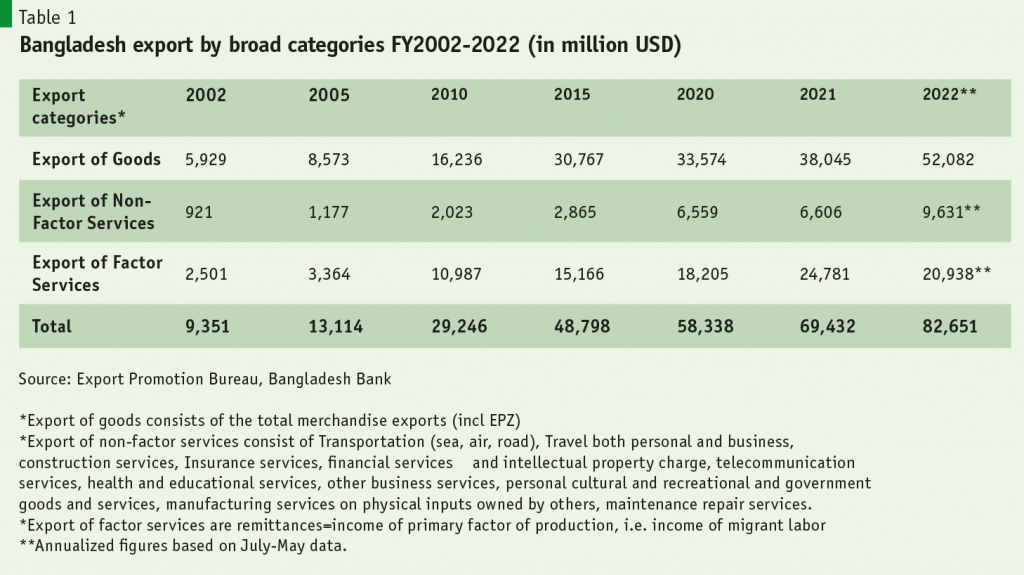 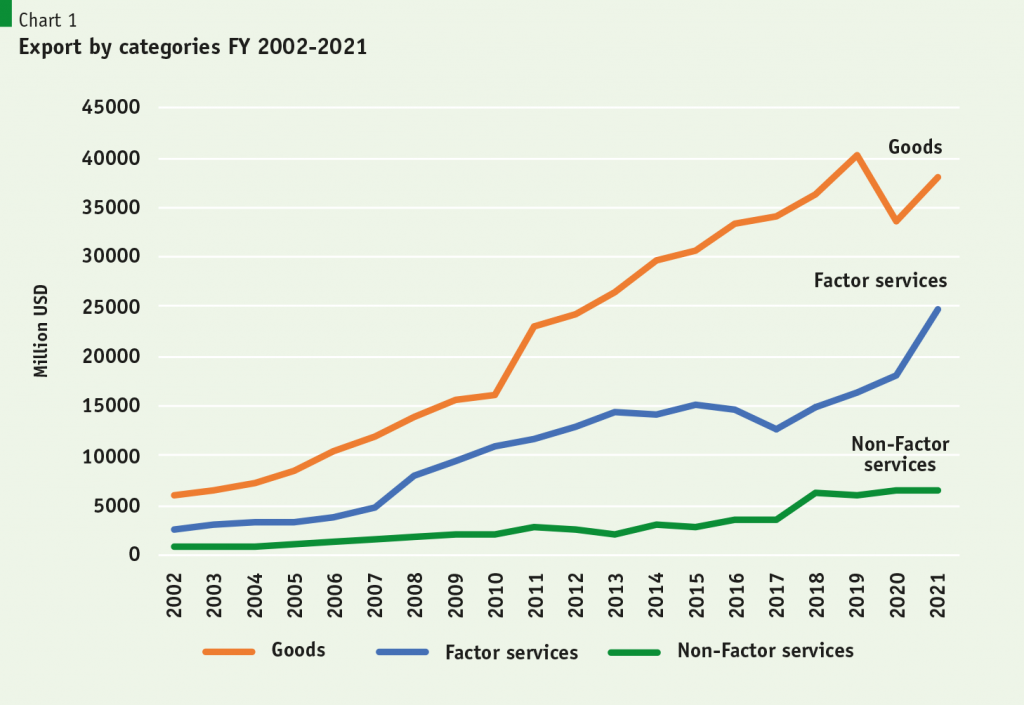 While foreign exchange earnings from merchandise exports are income generated from the labour force engaged domestically in the production of export goods, foreign exchange emanating from remittance of Bangladeshi migrant workers is the income generated from the provision of services (e.g. construction, hospitality, household labour, technical services) in a foreign country under the rules of world trade in services (GATS).

By this reckoning, while our Ministry of Commerce and Export Promotion Bureau has been recording exports to include exports of non-factor services (such as transportation and telecommunication services, back office services, banking and insurance, tourism, etc.), it might be time to give the product of our hard-working migrant workforce a similar treatment.

However, this sort of external data reporting might not be internationally comparable. Remittance income as a significant foreign exchange contributor is true for all South Asian countries but not in most countries of the world. So the standard system of reporting remittance as income transfers in the BOP is unlikely to be displaced in global practice.

But reporting it as exports of factor services would be one way of recognizing the immense contribution of our hard-working migrant workers to the economic prosperity of Bangladesh, a country that is now being acknowledged by leading development economists as “a success story of development” (e.g. Stefan Dercon in Gambling on Development, 2022). Remittance and its social and economic implications are very much part of that success story.

When we talk of Bangladesh exports our focus is always on merchandise exports. It is time we took a more holistic view of our exports of goods and services that includes factor services rendered by our migrant workers. Then worries about export diversification will be somewhat dampened. What exists is a form of export diversification not fully recognised in the standard jargon of exports. Diversification of exports into goods and services then will have to take into account the presence of factor services exports, i.e. remittances.

1 Mode 4 refers to services traded by individuals of one WTO member through their presence in the territory of another. It covers employees of services firms and self-employed service suppliers.