Since early March 2018, the trade war between the USA and China has been through two rounds.

Round 1: US imposing tariffs on steel and aluminium imports
President Trump’s imposition of tariffs on steel and aluminium imports works to fulfil his campaign promise to ‘direct the Secretary of Commerce and U.S. Trade Representative to identify all foreign trading abuses that unfairly impact American workers’. Mr Trump signed the order on 8 March 2018, using Section 232 of a 1962 US law that allows safeguards based on ‘national security’. The United States offered Canada and Mexico a tariff waiver to ‘ease the NAFTA path’, in an effort to ‘reach a deal on a new NAFTA before a string of elections make it difficult’.

China’s retaliation
As a countermeasure, on 24 March 2018 a spokesperson of the Chinese Ministry of Commerce made remarks on China’s release of a list of discontinuation concessions against US steel and aluminium imports under Section 232. This list tentatively contains 128 tax products across 7 categories. According to 2017 statistics, it involves US exports to China worth $3 billion.

Round 2: US levying of an import tariff on Chinese products
Following the US Trade Representative’s Section 301 investigation, President Trump announced that the USA would impose tariffs on approximately $50 billion-worth of Chinese imports. On 4 April 2018, USTR published a proposed list of products imported from China that could be subject to additional tariffs. Sectors subject to the proposed tariffs include industries such as aerospace, information and communication technology, robotics and machinery.

China’s retaliation
On 5 April 2018, the Chinese Ministry of Commerce described the tariffs imposed by the USA as clearly violating the China’s legitimate rights and interests under the rules of the World Trade Organization and threatening China’s economic interests and security. China thus decided to impose tariffs on products such as soybeans and other agricultural products, automobiles, chemicals and airplanes originating in the USA at a rate of 25%, involving about $50 billion-worth of China’s imports from the USA in 2017.
Post the tariff treats from the U.S. on April 22, officials from China are renegotiating the trade terms with the U.S. Several rounds of discussions have taken place and the early-stage results declared by the U.S. Treasury, Secretary Steven Mnuchin stated that U.S. would be putting the trade war on hold. In return, China promised to cut import duties on U.S. passenger vehicles from 25% to 15%, and to “significantly increase” purchases of U.S. goods and services. 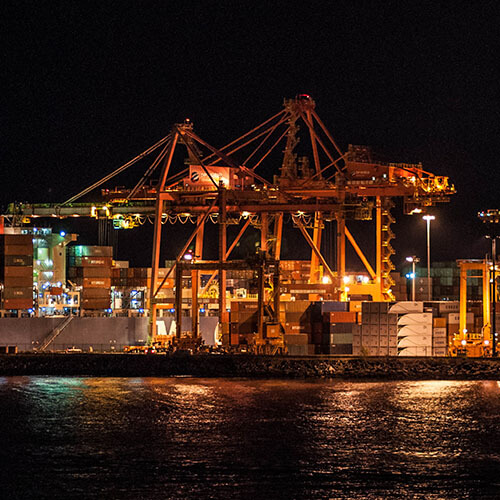 However, on May 29, Trump administration announced that the United States would impose a tariff of 25% on $50 billion worth of Chinese imports. Additionally, new investment restrictions and export controls on “industrially significant technology” will be announced by the U.S. before June 30.
The trade war between the two biggest economies of the world could have detrimental effects not only on U.S. and China but also the other parts of the world including Bangladesh. This article aims to quantitatively assess the impacts of U.S.-China trade war, and to provide an ex ante analysis for potential traders and policy makers.

The GTAP (Global Trade Analysis Project) model is a multi-region general equilibrium model showing bilateral trade flows between regions and economic linkages between sectors. Its 10th database contains over 140 regions, and each region has 57 sectors. GTAP utilises neoclassical economic theory on firm and household behaviour, with Armington-based imperfect substitution between domestic and imports as well as imports from different sources. Among other aspects, it evaluates efficiency gains from the reallocation of endowments (land, capital, labour, natural resources) across sectors. We made some augmentations to the standard GTAP closure (which is a listing of variables that are fed into the model and those that are determined by the model) to predict the impact more accurately. The standard GTAP model uses a long-term economic closure by default, with the total amount of labour and capital fixed in every region. However, to model the trade war, whose impact emerges right after the tariff changes, a short-term closure is more appropriate. Hence, we fixed the capital in sectors and maintained the real wage for labour as stable to introduce the ‘sticky wage mechanism’ into the model. In this way, employment remained flexible in each region, to represent how an economy performed in the short term.

To calculate the impact of the tariff changes between the USA and China, as well as among other countries, we simulated four scenarios using the GTAP model:

The USA levying tariffs is a lose-lose game; China’s retaliation makes the situation even worse.
If the USA levies a 10% additional tariff on Chinese imports, the US economy will experience a drop in gross domestic product (GDP) of 0.7%. China will suffer a GDP loss of 0.45%.
If China’s retaliation is implemented (Scenario B), the US GDP loss increases to 1.10%, while China’s enlarges to 0.64%.
An increase in the price of Chinese goods to the USA will lead to a shift in demand from China to Canada and Mexico, and total imports from China will decrease by 3.59% and 5.91%, in Scenarios A and B, respectively.
The US GDP loss will lead to a 3% investment loss and nearly a 1% increase in unemployment levels.
China’s exports to the USA will drops dramatically in Scenario A because of the additional tariff, which will reduce imports by 0.79%.
In Scenario B, China’s exports will decrease by 1.76%, and its imports will drop from 2.77% to 3.84%.
Since China is the largest trading partner of Bangladesh, China’s losses in the trade war against the USA may slightly influence Bangladesh’s exports: Bangladesh’s GDP could drop by 0.03% and 0.07% in Scenarios A and B, respectively.
As for trade, Bangladesh’s exports could drop by 2.54% in Scenario A and 3.51% in Scenario B but imports could rise by 1.43% and 1.59%, respectively, as a result of decreasing global prices.
A comprehensive trade war will be disastrous for the USA but not so detrimental for China. Bangladesh will also suffer as a result of a 30% decrease in exports.
If the USA levies tariffs on all other countries, it will lose 3.51% of its GDP, and the loss will enlarge to 9.09% if all other counties retaliate.
Its investment will drop by 14% and 41.74% Scenarios C and D, respectively, as a result of lower capital rates of return. Private and government consumption will drop by 3.67% and 3.64% as a result of decreasing regional income.
If the USA levies an additional tariff uniformly on all counties, China’s situation may not be affected that adversely.
On the contrary, its employment will increase by around 0.8% and 1.8% in Scenarios C and D, respectively; investment will also increase by 2.77% and 6.74%. China’s GDP will rise by 0.44% and 1.09%, respectively.

For Bangladesh, most sectors will suffer from a comprehensive trade war, especially meat, dairy, textiles and apparel and some other light manufacturing sectors. Impacts will be as large as 20–30%.

For Bangladesh, most sectors will suffer from a comprehensive trade war, especially meat, dairy, textiles and apparel and some other light manufacturing sectors. Impacts will be as large as 20–30%. While trade diversion away from China and the USA might have benefited Bangladesh in other markets, the destruction of trade as a result of the trade war between the world’s two largest economies will dominate any positive diversion effects.
In Bangladesh, light manufacturing sectors such as meat, dairy, textiles and apparel will feel more impacts than other sectors.
Leather products’ output will drop by 4.35% in Scenario B and 28.50% in Scenario D.
Meat products will drop by 3.3% in Scenario B and 20.27% in Scenario D.
The main reason for this is that, in Bangladesh, these sectors are export-driven: global trade protectionism largely hinders the prosperity of international trade and will hurt the economy of Bangladesh by reducing its manufacturing exports.

If the trade war does not expand to be comprehensive, Bangladesh’s sectors that are in competition with China, such as textiles and apparel, will increase their exports to the US market as a result of the USA limiting the imports from China (as Table 1 shows, US textiles imports will transfer mainly from China to Bangladesh and other counties). This is the so-called positive ‘trade diversion effect’, from the Bangladesh perspective. However, the US GDP loss will lead to decreased overall import demand from Bangladesh, which will hurt Bangladesh’s economy; this is the negative ‘trade creation effect’.

Our results indicate that a trade war between two of the world’s largest economies, U.S. and China, is likely to have a profound effect on the global economy. China’s retaliation on U.S. imposing tariffs makes the situation worse. A comprehensive trade war will impact the U.S. more than China. Bangladesh could stand a chance to benefit from the trade war as a result of trade diverting away from the two countries but negative effects of the distorted markets outweigh the positive effects. Our results indicate that Bangladesh will suffer from the trade war mainly due to a loss of exports and the sectors that would be impacted the most are meat, dairy, textiles, and wearing apparels.

Vishakha Gandhi is a Intern Fellow at Infinite-Sum Modeling LLC and a Graduate Student at Gokhale Institute of Politics and Economics, Pune, India.