Measuring cost of violence against women

Measuring cost of violence against women

Referring to a paper by Fearon and Hoeffler (2014), Lomborg and Williams in an op-ed in The Washington Post recently concluded that the ‘the cost of domestic violence is astonishing’. Fearon and Hoeffler (2014) found that the cost of domestic violence was 11.1% of world gross domestic product (GDP). Costs related to violence against women and girls (VAWG) and child abuse have also been high, respectively, at 5.3% and 4.3% of global GDP. These numbers seem plausible given the high incidence of VAWG referred to by the World Health Organization (WHO) and the World Bank.
VAWG is an epidemic affecting one in three women worldwide in their adult lifetime (WHO, 2013). Globally, women aged 15–44 are more at risk of rape and domestic violence than of cancer, motor accidents, war and malaria combined (World Bank, 1994). In addition to being a major violation of human rights and a significant public health issue, VAWG exerts a significant cost on the economy. In recognition of its impact on society, advanced economies have undertaken research to measure the economic cost of VAWG and thereby adopted strategies to tackle it. Following the first attempt to measure this economic cost, carried out in Australia in 1984, based on data from only 24 female victims, a growing number of studies have been conducted. Most of these studies are based on Organisation for Economic Co-operation and Development (OECD) countries, and have for the most part measured the direct economic costs (costs associated with services). 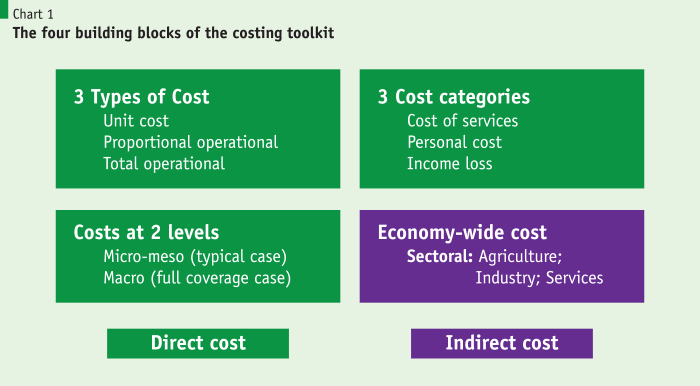 Our literature review identified the use of four types of methods to estimate the economic cost of VAW. Three of these—namely, the econometric method, the ‘willingness to pay’ method and Disability Adjusted Life Years (DALYS)—require a large amount of data and parameters. These three methods have been used in OECD countries, where such information is more readily available. The fourth approach, known as ‘the accounting type method’, is much simpler to comprehend and implement. 1
Although prevalence of VAWG is high in developing nations, measuring its cost so as to be able to adopt strategies to tackle it has been hindered by the lack of availability of an appropriate toolkit. Against this backdrop, the Commonwealth Secretariat launched a project to develop an implementable toolkit to measure the economic cost of VAWG in developing nations or countries with weak statistics. This article presents the key features of the toolkit and the outcome of its application in a member country—Seychelles.

…the Commonwealth Secretariat launched a project to develop an implementable toolkit to measure the economic cost of VAWG in developing nations or countries with weak statistics. This article presents the key features of the toolkit and the outcome of its application in a member country—Seychelles.

A costing toolkit for developing countries 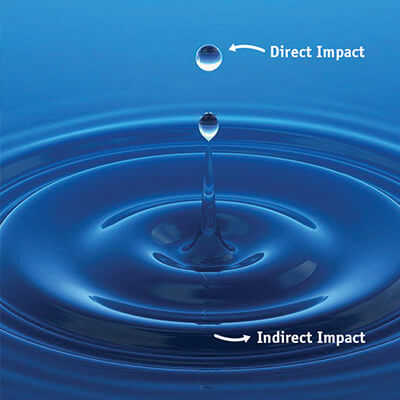 To assess the indirect cost of VAW, we use a simple economy-wide framework. Consider an economy with earnings and spending. We earn our income from various types of activities (i.e. agriculture, manufacturing, mining, construction and services, etc.) by investing our financial resources (or capital) or through participating in the labour market (i.e. in economic jargon, capital and labour are known as factors of production). The vast majority of what we earn is spent (or consumed) on various types of commodities and services. Spending or consumption generates demand for commodities and services, which stimulates supply of various activities where these are produced. Stimulated supply employs labour and capital and thus creates income for spending again—and the loop continues.

The estimated cost of VAW

The costing framework for VAWG was numerically specified to 2016 data and parameters.

The economy of Seychelles for 2016 is delineated by an economy-wide dataset known as the Social Accounting Matrix (SAM). The SAM consists of 16 activities, 2 factors of production and 4 institutions. The data SAM is converted into a SAM multiplier model by defining endogenous accounts (i.e. in this case 16 activities) and exogenous accounts (i.e. including private consumption demand vector). Thus, the SAM multiplier model is composed of 16 x 16 accounts. 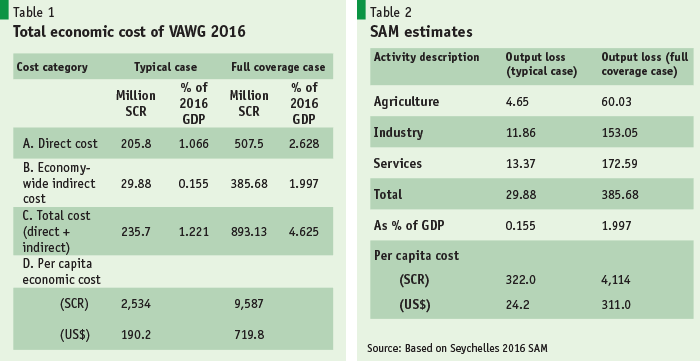 The simulated output loss under the typical case is SCR 29.8 million or 0.155% of 2016 GDP. The services sector is found to be the most affected among the three broad sector categories, with a bill of SCR 13.4 million. The output loss for industry is simulated at SCR 11.8 million, with other manufacturing and food processing bearing the major loss. Agriculture is least affected, with an output loss of SCR 4.7 million. 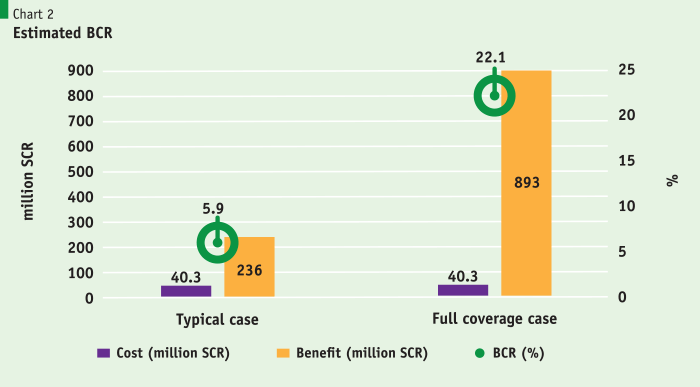 …1 percentage point higher than the total education budget for 2016, which was SCR 663 million, or 3.5% of GDP. The implication is that, if VAWG were eliminated in Seychelles, the education budget could have been doubled, with far-reaching salutary effects on productivity, poverty and welfare.

The research concludes that the estimated economic cost of VAWG in Seychelles is high. This aspect, coupled with the high economic cost of VAW, requires immediate and effective actions by the national authority. Some of the recommended actions include:

Scaling up the budget

The estimated resource needs to carry out the above-mentioned interventions is estimated at SCR 40.3 million at 2016 prices. The benefit-cost ratio (BCR) contrasts the estimated present value of all benefits against the present value of all costs to assess the feasibility of a project from both a financial and an economic perspective. A project is feasible if the BCR is greater than one (1).

To estimate the BCR, along with intervention amounts (cost of interventions), benefit amounts are also needed. Reducing or eliminating the costs of VAWG are the expected benefits of the interventions outlined above. Since we consider two estimates—a typical case and full coverage—we also provide the expected benefits of these. Those under a typical case are SCR 236 million at 2016 prices. Under the full coverage case the benefits are SCR 893 million at 2016 prices. Thus, the estimated BCR for the typical case is 5.9 (=236/40.3). The estimated BCR for full coverage is higher, at 22.1 (=893/40.3).

The Seychelles costing toolkit is based on official data and covers several important services, such as health care, law enforcement, social services and specialised services.

The costing toolkit developed under the aegis of the Commonwealth Secretariat has been numerically specified with data from a member country—Seychelles. The Seychelles costing toolkit is based on official data and covers several important services, such as health care, law enforcement, social services and specialised services. It also includes out-of-pocket personal costs incurred by VAWG survivors and the cost of learning time loss at schools. Moreover, income loss because of absence from paid work and household activities is also estimated. The effort could not include important costs related to emotional intimate partner violence and work place violence, etc.
The major advantage of this toolkit is that it is developed in an MS Excel environment and thus can be transferred to government counterparts (as well to other stakeholders) with focused training. A modular approach was considered in developing it such that multiple developers can work simultaneously on different model components. The most important merit is that it is a live product—it allows updates, modifications and extensions to be carried out with ease.